A chart of mandates currently implemented across the state of California, and in each county. California mandates applied to each county are subject to change according to the individual tier level. Check the display above or view this comprehensive table to see what orders are in effect in your county.

To stay updated on numbers of COVID-19 cases, deaths, and hospitalizations in AIAN-majority counties as compared to the national rate visit COVIDActNow.org’s resource for up to date numbers.

Who Is Getting the Vaccine?

What is COVID-19 Test Positivity and Why is It Important?

Rates of positivity in testing for COVID-19 means that out of all the COVID-19 tests conducted, there was a certain number that came back positive. For example, if you tested 100 total people in your community and 25 of them came back with a positive COVID-19 result, this means that your community COVID-19 Positivity rate is 25% (eg., 25/100 = 25%).

As a state, California has a relatively high percentage of positive tests currently. This may indicate that more cases are going undetected than desired. However, many counties with CCUIH members, such as San Francisco, Santa Clara, and Fresno, for example, are seeing relatively low rates of positive tests, which may indicate a sufficient amount of testing for their respective populations.

Gatherings should be limited to 25 people and physical distance should be maintained. The CDC also recommends that gatherings take place outdoors.

Bars should be avoided and required to close.

Gatherings should create outdoor dining opportunities, with the assistance of local governments. Customers should use take out, outdoor dining, or indoor dining when strict social distancing can be maintained.

Travel should be avoided unless necessary.

Masks should be mandated in all indoor spaces and worn by everyone outside their home.

Gyms should max at 25% capacity (if allowed to be open at all).

What Effect Do Closures Have?

While challenging for many, including working families, school-age children, and parents, lockdowns have had a beneficial effect on our country’s ability reduce the severity of the pandemic, meaning there have been fewer cases and deaths because of widespread lockdowns. The chart on the right illustrates the relationship  between various closure policies and COVID case counts in the United States between March and August. Conversely, it also shows what happens when orders are not in effect or obeyed. 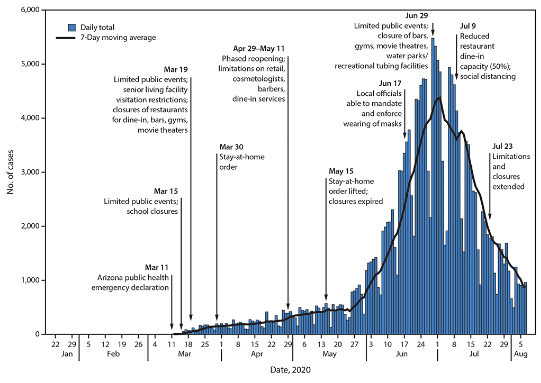 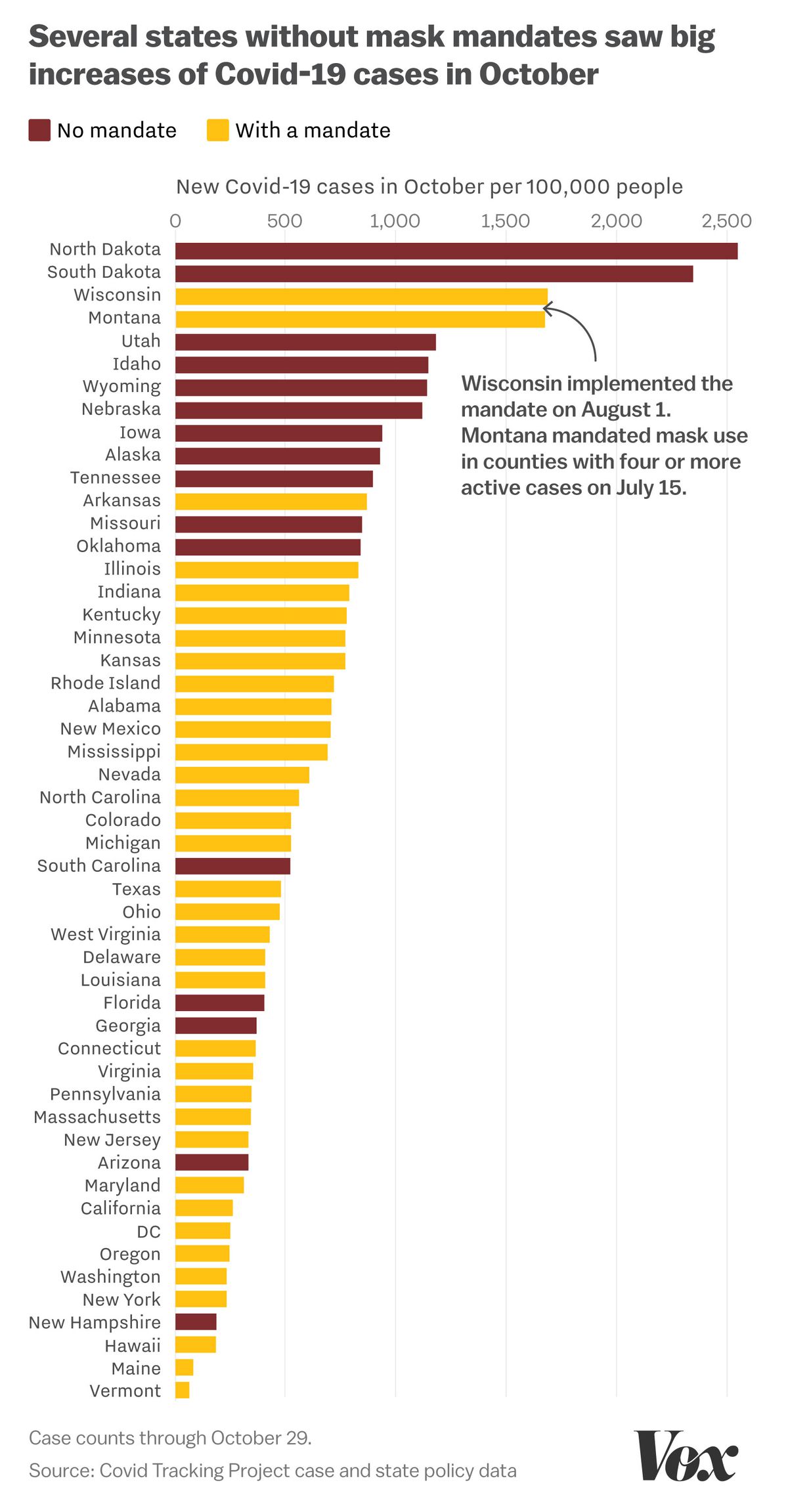 The Difference Wearing a Mask Can Make

As with stay-at-home and lock down policies, we see that states with mask mandates have overall reduced case counts compared to those without mask mandates. Wearing a mask reduces infections, hospitalizations, and ultimatlely, leads to fewer deaths. 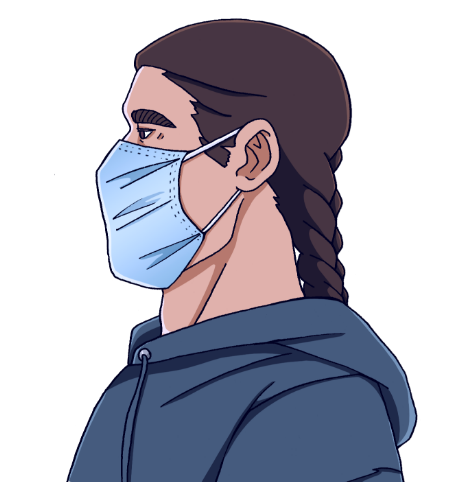 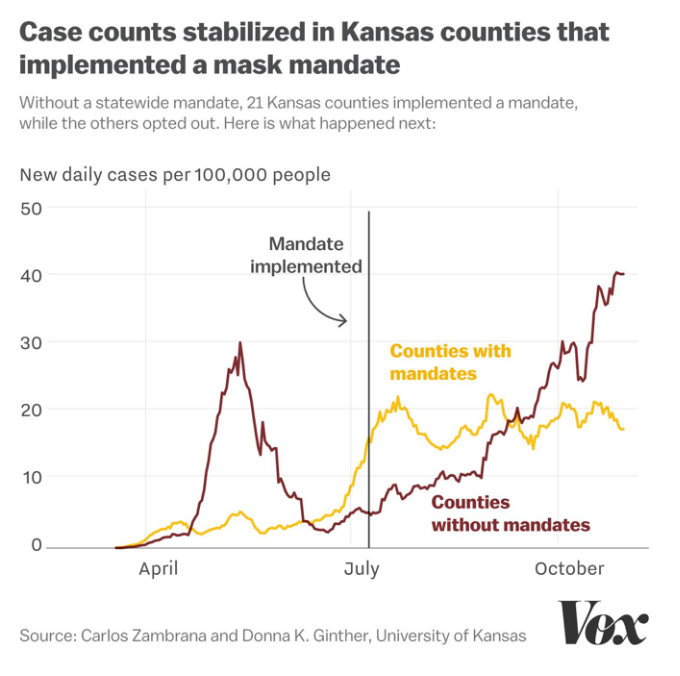